Blockfolio, a popular crypto trading, and portfolio management app’s signal system have come under attack where hackers distorted displayed information on the platform as well as changed a few names of the listed cryptocurrencies. The platform released an official statement suggesting that the hack didn’t impact any crypto trading or holdings.

We are incredibly sorry about the offensive messages posted on Blockfolio today.

We will be addressing this ASAP.

Funds, trading, etc. are not at risk; this only affected the displayed information.

One user took to Twitter to report the breach and suggested that the signal system has been taken over by the miscreants who posted several misinformation on the platform including Dash closing its service. The user wrote,

Obviously @blockfolio‘s signals system has been breached. I mean, who would believe that Dash would announce the closure of their services to anyone. pic.twitter.com/beEhVeuTo2

One user reported that instead of a BTC ticker on the app he sees an obscene picture of a man, he also reaffirmed that he is very much serious and not joking.

@blockfolio I think you guys got hacked. Instead of BTC, I’m seeing a picture of a dude wanking on phone. I’m 100% serious. I’m on an iPhone 11Pro.

The said breach on the platform is reportedly limited to the signal system as per several reports and later confirmed by the platform itself. At present, it is unknown how the hackers managed to get access to the network’s info center and whether the name change of crypto tokens lead to any disruption in the trading. However, the push notification sent out some very derogatory messages to the users. 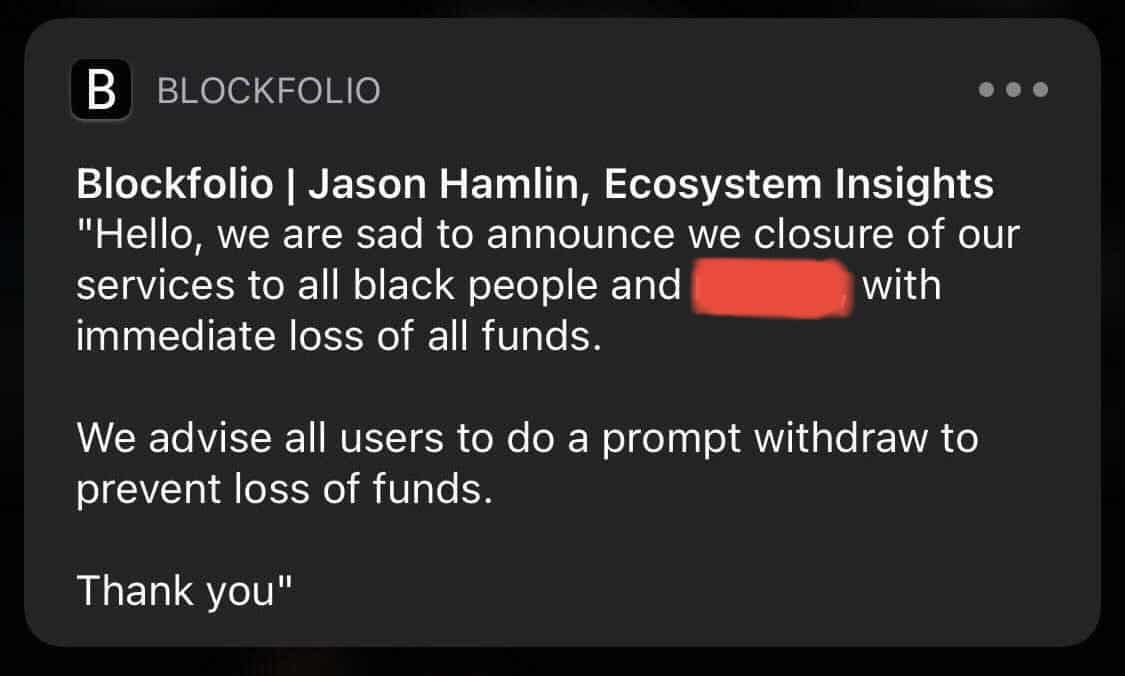 The Cases of Crypto Platform Hacks Have Risen

The growing popularity of cryptocurrencies this bull season has also made it a prime target of scammers and hackers who over the years have evolved their strategies to become more sophisticated and organized. The primary example being Defi which marked a mammoth ride in 2020 and at the same time, it also became one of the most hacked ecosystems where more than 10 breaches of Defi protocols took place last year itself resulting in millions worth of losses.

The rising price of Bitcoin and Ethereum along with the growing investment of institutions in Bitcoin the most recent being Tesla has put the crypto ecosystem in the limelight of mainstream media. Thus the news of frequent hacks does not just bring the bad press, it also deters new entrants.

Blockfolio Gets Hold of Hacked System, Offer $10 to Users For Inconvenience

Blockfolio in its latest Twitter update noted that they have got back the control of their hacked signal system and removed all the offensive messages. The platform reported that the hacker didn’t interact with any of the platform’s trading systems and reported that the crypto tracking system would be back online momentarily.

3: the tracking parts of the app are coming back online momentarily.

4: all Blockfolio users with trading enabled have been credited with $10 free, as will anyone else who signs up this week (max 1m people).