Coinbase ($COIN) made its official public debut yesterday on Nasdaq with an opening price of $381 and reached a daily high of $429.54 before closing the day at $310. The pre-market share of $COIN listed on FTX registered a new high above $400 today as Cathie Wood led Ark Investment bought 749K shares of $COIN, estimated to be worth $250M. 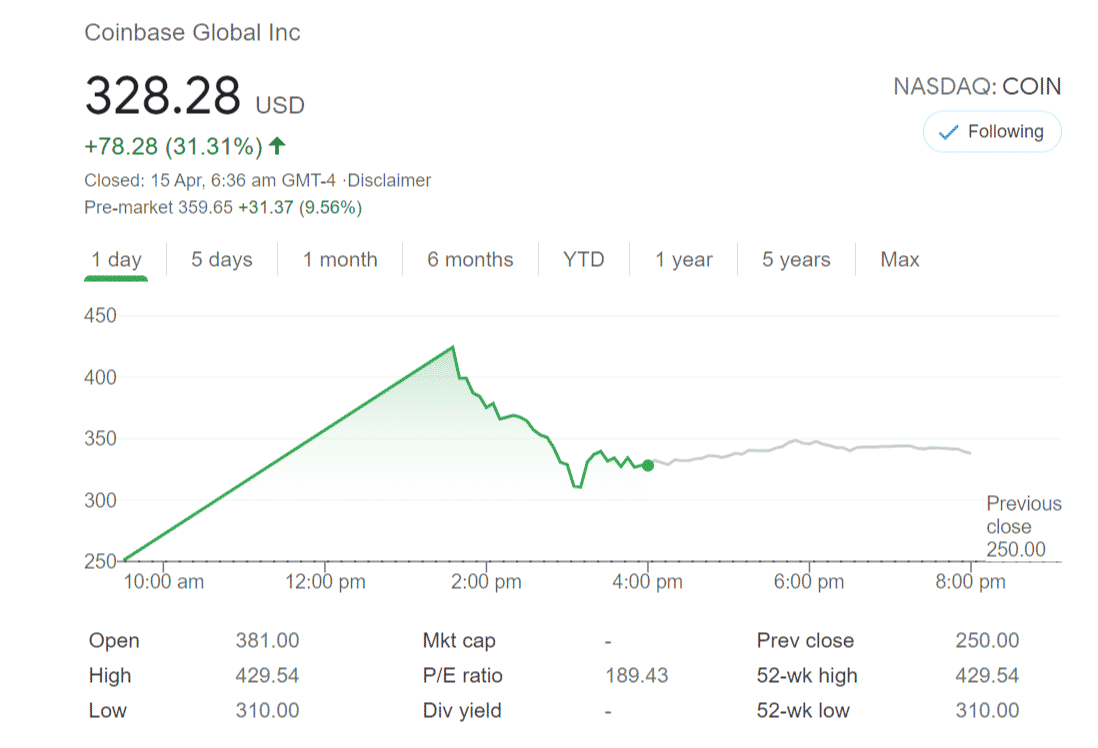 The Ark Investment added the newly bought Coinbase Shares to a number of their products,  out of the total 749K $COIN shares, 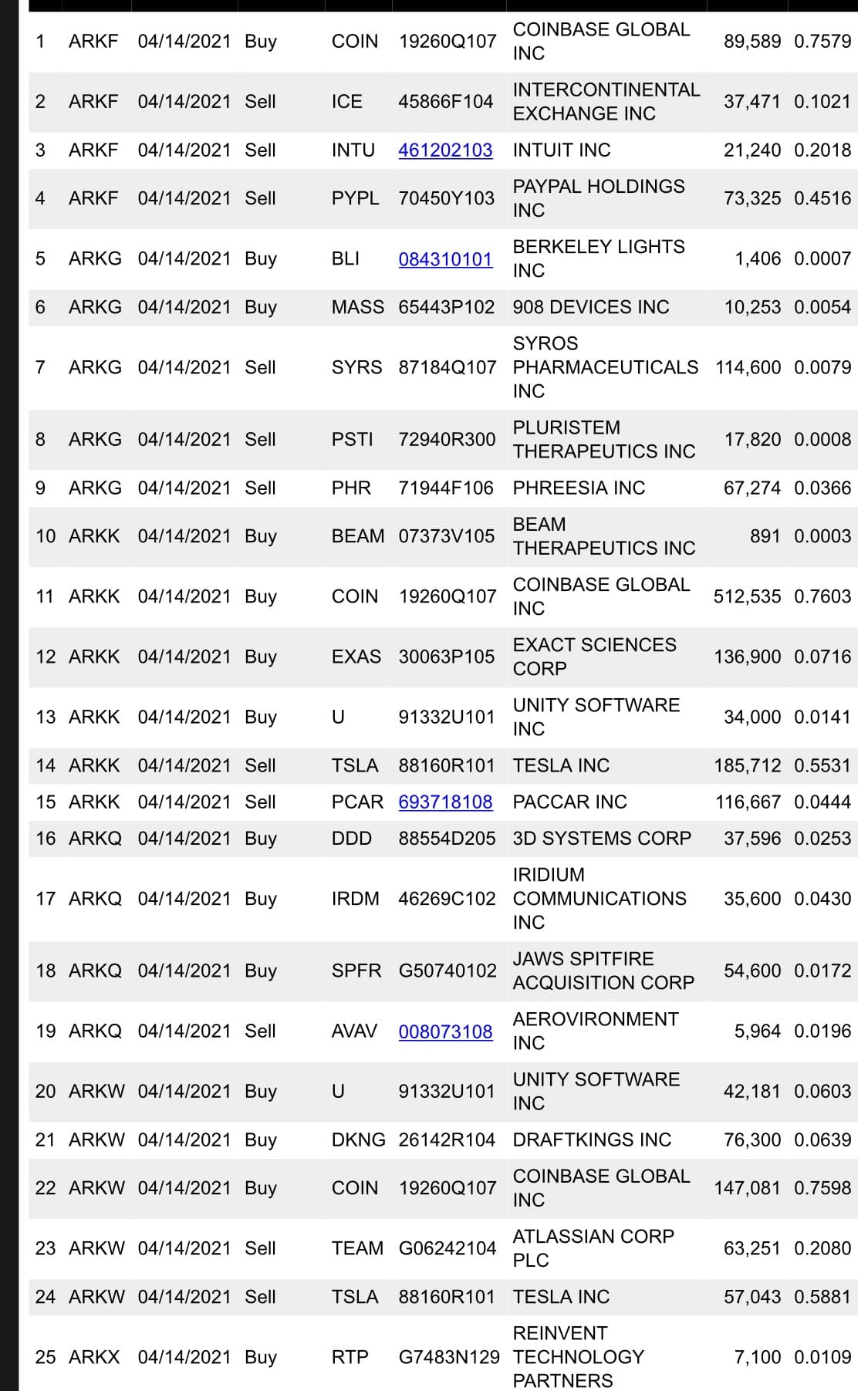 Ark Investment not only bought and added the newly launched Coinbase shares to its multiple ETF portfolios, but it also sold nearly $178 million and one of the funds sold a $4.4 million stake in New York Stock Exchange (NYSE). The massive investment by Cathie Wood’s firm is a sign of times to come ahead, given Coinbase’s pre-market valuation was set at $150 Billion.

Coinbase’s official debut on NASDAQ yesterday was met with a lot of euphoria from different sections of the financial world, many calling it a landmark moment while others suggesting it could prove to be a make or break event for the cryptocurrency ecosystem.

The cryptocurrency exchange started back in 2012 has come a long way from its early days and currently boasts of 56 million registered customers and had a phenomenal first quarter as its profit rose by nearly 10X from the same time last year.

There is a lot of discussion around the performance of $COIN and how it could directly impact the cryptocurrency world, many believe it would give the crypto world validation as well as a bigger exposure in the real world.