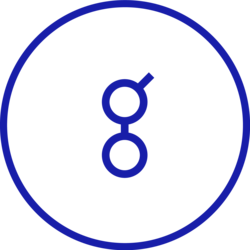 The lowest price of the Golem is $0.211 & the highest price is $0.244 in the last 24 hours. Live Golem prices from all markets and GLM coin market Capitalization. Stay up to date with the latest Golem price movements. Check our coin stats data and see when there is an opportunity to buy or sell Golem at best price in the market.

Golem is a decentralized supercomputer that is accessible by anyone. The system is made up of the combined power of user’s machines from personal PCs to entire datacenters. Golem is able to compute almost any tasks from CGI rendering through machine learning to scientific learning. It utilizes an ethereum-based transaction system to clear payments between providers, requestors and software developers however it is safe because all computations take place in sandbox environments and are fully isolated from the hosts’ systems.The company released Brass in 2016 which includes Blender and LuxRender which are the two tools for CGI rendering. There are three releases that follows which are Clay, Stone and Iron. Golem has recently updated their Brass Beta and the highlight of this upgrade are the streamlined task creation GUI, the support for partial task restart in case of subtask timeouts and the fix that should alleviate the issues with the Docker service on Windows. Other than that, improvements have been made on the Blender verification and transaction tracking subsystems and fixed some minor pain-points in the UX. Transaction history will become more user-friendly with separate tabs for payments and incomes. Apart from that, improvements are made for requestors as well, requestors is now able to add resource file without having to repeat the task creation procedure if they have forgotten to add them beforehand.Grand vision and core features● Golem is the first truly decentralized supercomputer, creating a global market for computing power. Combined with flexible tools to aid developers in securely distributing and monetizing their software, Golem altogether changes the way compute tasks are organized and executed. By powering decentralized microservices and asynchronous task execution, Golem is set to become a key building block for future Internet service providers and software development. And, by substantially lowering the price of computations, complex applications such as CGI rendering, scientific calculation, and machine learning become more accessible to everyone.● Golem connects computers in a peer-to-peer network, enabling both application owners and individual users ("requestors") to rent resources of other users’ ("providers") machines. These resources can be used to complete tasks requiring any amount of computation time and capacity. Today, such resources are supplied by centralized cloud providers which, are constrained by closed networks, proprietary payment systems, and hard-coded provisioning operations. Also core to Golem’s built-in feature set is a dedicated Ethereum-based transaction system, which enables direct payments between requestors, providers, and software developers.● The function of Golem as the backbone of a decentralized market for computing power can be considered both Infrastructure-as-a-Service (IaaS), as well as Platform-as-a-Service (PaaS). However, Golem reveals its true potential by adding dedicated software integrations to the equation. Any interested party is free to create and deploy software to the Golem network by publishing it to the Application Registry. Together with the Transaction Framework, developers can also extend and customize the payment mechanism resulting in unique mechanisms for monetizing software.Check out CoinBureau for the full review of Golem.