Coinbase Inc. updated investors on its first-quarter performance of 2021 just a week before its public debut on Nasdaq with expected revenue of $1.8 billion nearly an 8X rise from a year ago.  The expected first-quarter revenue has also surpassed the total revenue generated by the firm over the last year. 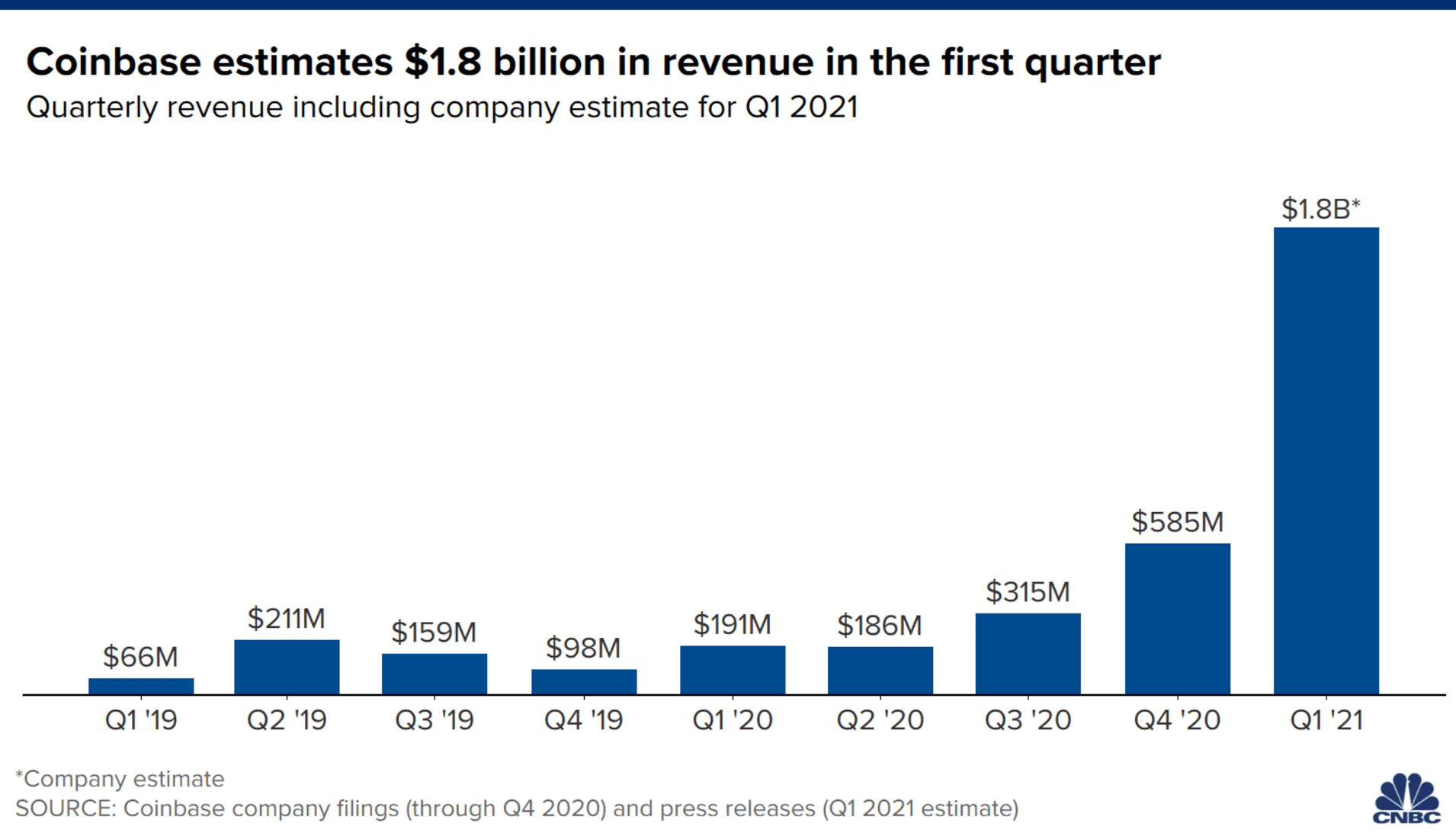 The quarterly report highlighted some of the major achievements this quarter including,

Coinbase announced its plans of going public in December last year and later finalized a deal with Nasdaq for a 115 million share listing on its public debut. The pre-market valuation of the exchange is estimated to be over $100 billion and many believe the valuation could rise further post a public listing. Given the phenomenal first-quarter performance that tamed any previous record revenue and user growth.

Coinbase in League of Nasdaq and NYSE

The net revenue generated in the first quarter of 2021 has also put Coinbase in the league of some of the top traditional exchanges including the likes of NYSE, Nasdaq, CBoE, and many other top exchanges. The crypto exchange was recently cleared by the SEC for its public listing that was earlier postponed due to a pending CFTC investigation.

The ongoing bull season has not just tripled the value of Bitcoin and many other altcoins from their 2017 high, the growing demand for crypto has also put crypto companies at the forefront of mainstream adoption.

The rising demand for crypto services is evident from a growing number of financial giants offering various crypto products as well as multiplying the valuation of many crypto companies.

Apart from Coinbase, Bakkt has also gone public while Kraken has revealed that it would also file for public listing by the end of 2021.