IPOs are commonly seen as similar to ICOs, perhaps due to the similarities in the terminology used in ICOs. Both constitute public offering of instruments that have rights attached to them and are used as ways to raise financing for the issuing company (see Figure 4.1). But the similarities of the two mechanisms are limited to terminology and the mechanisms differ at most levels.

IPOs cater to established companies with a mature business proposition, a proven operating business and healthy cash flow generation, while ICOs are undertaken by start-ups that may not even be incorporated and do not have established operations yet. In addition, the duality in the function of many of the tokens issued, representing participation in the project and also having a usage/utility value, is unique to ICOs.

ICOs are in their majority project-based and the financing raised is actually allowing the start-up to finance the undertaking of a specific project, compared against IPOs where the financing is company-based. In addition, the vast majority of ICO offerings have financed blockchain-based companies with products or services created and delivered on the blockchain, whereas IPOs are industry agnostic. From the investor perspective, the investment in IPOs is based on a track record of both operational and financial performance. In ICOs, the investment is made on the basis of a proposed technological concept for a blockchain-enabled solution to a need.

In terms of timing in a SME life cycle, the two mechanisms respond to different periods of the life cycle: IPOs follow series A-D financing or are used as an exit after venture capital funding, while ICOs look for seed/early stage financing, similar to seed financing (or perhaps series A round), for example. An IPO could not be an option for a start-up without a track record of operations and a financial performance track record.

In terms of financing size, fundraising is smaller in ICOs than IPOs, with the median IPO in 2016 raising USD 94.5 million compared to USD 6.4 million for the median ICO (Hu et

al., 2017). Despite being a lower-cost financing option, an increase in ICO costs commensurate with the maturing of the mechanism and its move toward regulated territory is being observed, particularly for large size offerings. The cost differential is also dependant on the particular jurisdiction of IPO issuance, as a number of countries have implemented proportionate regulations for public equity issuance, which allow for lower costs of issuance (for more see Nassr and Wehinger, 2016).

A major difference between the two financing mechanisms lies in the rights attributed to participants of the offering. IPOs give shareholders ownership rights in the company, rights in the future cash flows of the company (through dividends) and voting rights depending on the type of the shares issued. Rights assigned to token-holders vary between different offerings but, in their majority, ICOs do not confer ownership rights. This can be a major advantage to entrepreneurs who wish to raise financing but do not wish to give away part of their ownership, which is one of the main impediments to the use of public equities by SMEs (Nassr and Wehinger, 2016). At the same time, the governance of blockchain-based structures may be challenging for token-holders, particularly in the absence of voting rights.

Valuation and pricing in IPO offerings is performed by underwriters and is based on the application of corporate finance theory on the company financials. Valuation and pricing of tokens is challenging given the absence of any performance metric, the complexity in value creation and attribution in networks, and the difficulty in applying standard corporate finance theory on blockchain-based networks.

Underpricing of the tokens is reported to be higher than that of IPO shares (Benedetti and Kostovetski, 2018). Such degree of underpricing in ICOs relative to IPOs can be explained by the difficulty in performing a valuation and pricing analysis in ICOs, in addition to the “crypto-hype” observed in 2017-18.

In addition to pricing, underwriters also help with price stabilisation post-IPO which is absent in ICOs. In the absence of market rules (e.g. market limits or order size limitations to prevent extreme volatility) that prevent the collapse in the price of a share in a single trading session, tokens are exposed to massive drops in the value and to extreme volatility. ICO participants with large share of tokens in circulation can therefore easily manipulate the price of a token.

The existence of lock-up periods for founders/entrepreneurs and management in IPOs prevents them for influencing post-issuance trading or the dumping of their shares with a view to quickly cash out. The only lock-up in ICOs is the inherent period from the issuance of the tokens and until their listing on a secondary trading platform. Even during that period, an over-the-counter sale of tokens is possible by owners and management.

ICO offerings limit the flexibility of the issuer to raise further rounds of financing via follow-on offerings of tokens or of traditional equity financing. Entrepreneurs need to pre- determine and reserve a portion of the tokens issued for the purposes of further financing rounds. This exercise needs to be done upfront, before the platform is even launched and when uncertainty is at its maximum. In case of an equity offering following a token offering, the dynamics of value attribution between token-holders and equity- holders would need to be examined.

Unlike shares, ICOs allow for a fraction of a token to be traded, which benefits retail investors wishing to invest smaller amounts depending on their risk appetite. 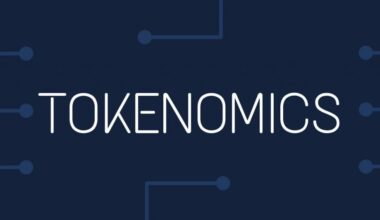 Read More
The economics of ICO issuances, increasingly known as tokenomics, involve all decisions around the issuing and implementation of…