The second edition of the NFT Awards is nowhere. Digital Entertainment Asset Pte Ltd (DEA), a Singapore-based new-age digital entertainment major has announced the NFT Awards 2021 – an exercise that enables the crypto industry to recognize some of the best NFT creators and reward them for their contributions to space.

The entire process of listing, evaluating, and selecting NFT Awards winners is a community exercise involving both industry participants and cryptocurrency users. The awards will be given to deserving crafters, artists, and architects of the tokenized economies across multiple categories.

To make NFT Awards 2021 a grand success, DEA has joined Blockchain Game Alliance – an organization committed to promoting blockchain within the gaming industry by fostering collaboration between individuals and companies to develop games and build communities around them.

Why is there a need for NFT Awards?

The recent success of decentralized finance as an application of blockchain technology is followed by another trend – Non-Fungible Tokens (NFTs). An entirely new breed of digital assets, NFTs shares almost all but one important trait with conventional cryptocurrencies which is the uniqueness of each token which makes it an ideal representation of ownership of virtual and real-world assets.

The most popular use of NFTs remains in the collectible and digital gaming space, popularized by CryptoKitties. Its growing popularity has flooded the market with a variety of NFTs floated by numerous creators, each claiming to be more valuable than others. But in reality, many of them turn out to be fraudulent operators looking for a quick buck at the expense of unsuspecting users. Programs like NFT Awards act as gatekeepers to the ecosystem by educating the community about NFTs so that they can recognize the assets for what they are worth.

Like Oscars and Emmys for Film and Television, the NFT Awards for the blockchain sector will encourage creators to create quality assets, leading to the industry’s sustainable and healthy growth.

Understanding DEA and its Involvement in the NFT Space with PlayMining

Using the native DEAPcoin (DEP) token, DEA has created a revolutionary “Play and Earn” model supported by services like PlayMining and NFT Marketplace by DEP. Introduced last year, PlayMining is a digital content platform that allows users to earn DEP and acquire NFTs by playing games or reading Manga. Meanwhile, the NFT Marketplace by DEP allows game developers, NFT creators, and NFT holders to list their digital assets for sale or auction. 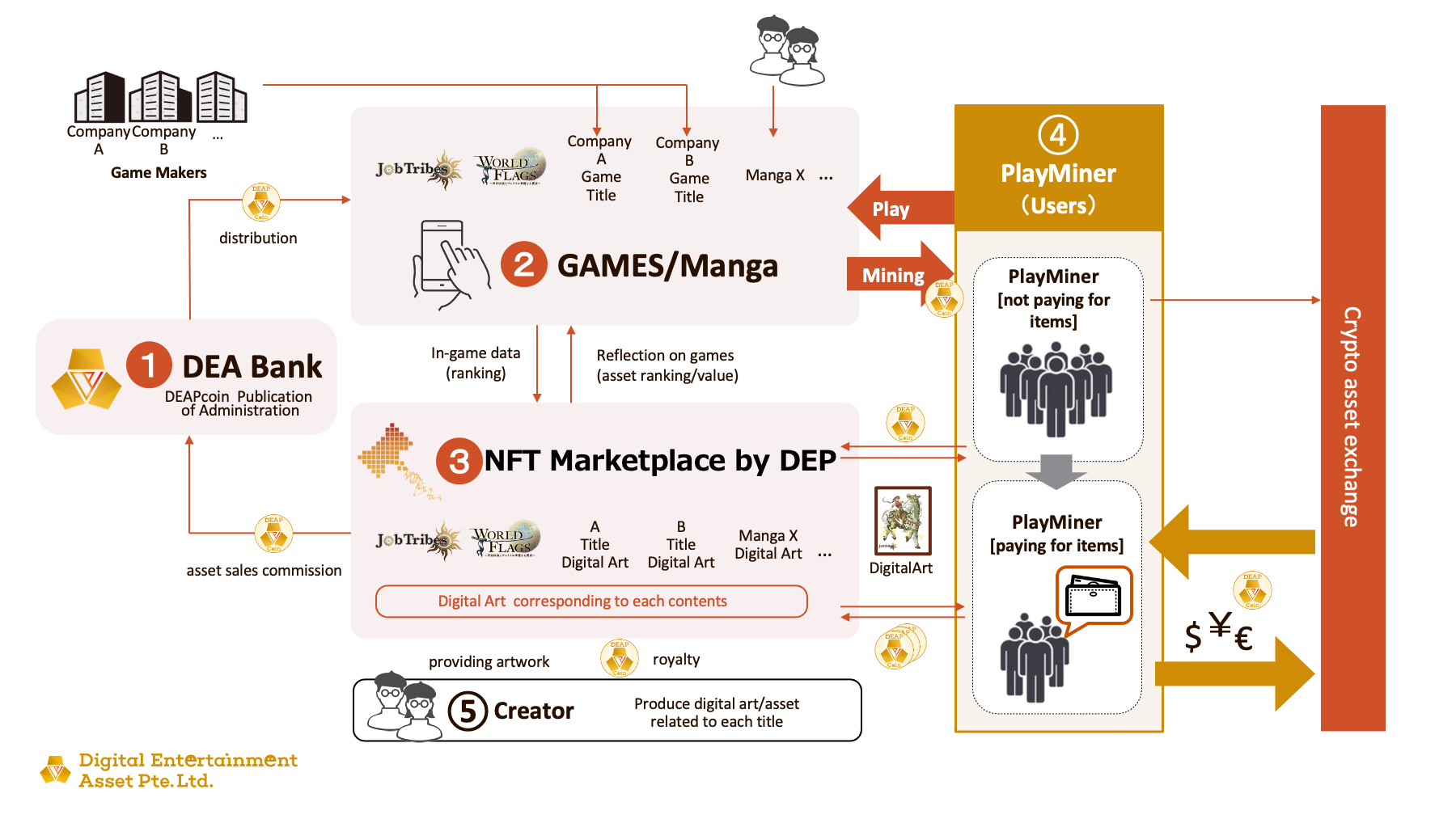 PlayMiners, as the players on the PlayMining platform are known, can use the DEP mined by reading Manga or playing games to purchase NFTs that give them boost or special powers within their game of choice. Alternatively, they can purchase DEP from any of the supported exchanges like Bittrex,  Bithumb Global, OKEx, Digifinex,  etc., to buy game assets or NFTs directly from the platform. In less than a year, DEA has acquired over 750,00 users and is expected to hit the 1 million mark in the coming months.

DEA believes that the next stage of growth in the digital entertainment industry can be achieved only by changing the existing rules. Using blockchain technology makes digital content universally accessible while encouraging participation by compensating users with digital assets that can be used in the ecosystem and the real world. NFTs are the crucial elements that make it possible. By recognizing the true value of NFTs and their role, NFT Awards will help DEA extend its vision beyond its ecosystem to include the entire industry segment. 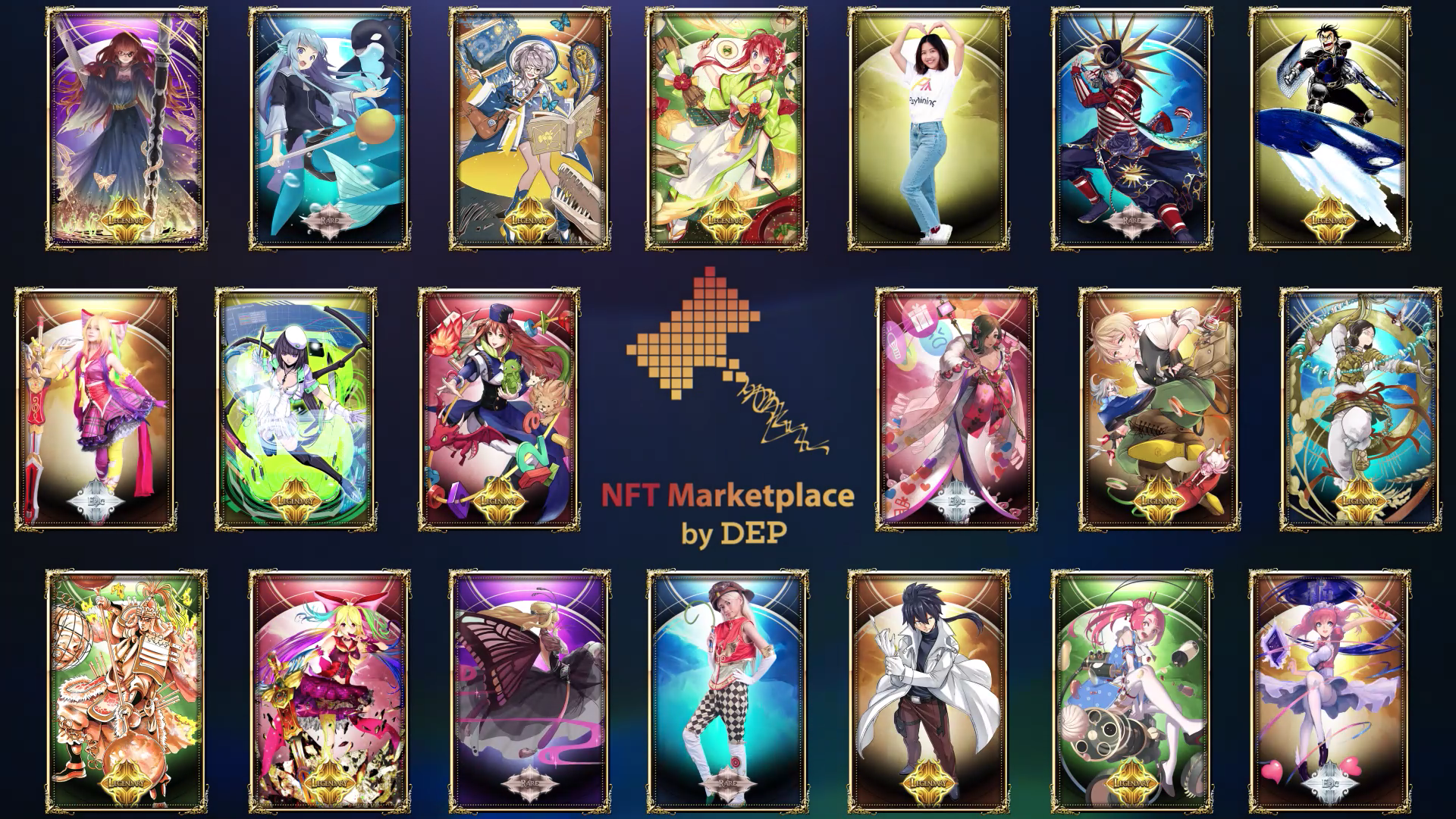 What to Expect from the NFT Awards 2021?

The previous edition of the NFT Awards was received with great enthusiasm attracting hundreds of nominations from the community. The entries were voted upon by the public and judged by who is from the entertainment industry including the likes of Nicolas Pouard of Ubisoft Blockchain Initiative, Nobuyuki Idei – former CEO and Chairman of Sony Corporation, Shigeki Morimoto – the game designer behind Pokémon Series, and more.

In the end, deserving entries received awards under 10 different categories

This year, DEA expects participation to increase many folds as the NFT market continues to expand rapidly. Many digital assets have grabbed the headlines in the past few months, with celebrities and tech moguls joining the game. If the recent auction of Jack Dorsey’s first tweet for $2.9 million or the NFT version of digital artist Beeple’s artwork selling for $69 million on Christie’s is any indication, then NFT Awards 2021 is going to be an intense, close competition.

DEA will soon announce the important dates for NFT Awards 2021.